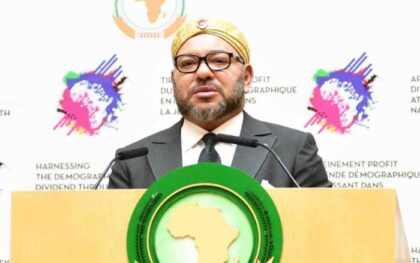 King Mohammed VI who sensed from the start the seriousness of the COVID-19 epidemic acted swiftly and ordered the Government to put in place strong measures to help contain the spread of the disease and mitigate the pandemic’s social and economic impact.

However, the Monarch did not limit his efforts to his own country but also showed concern about the peoples of sisterly countries, mainly in Africa, commented sociologist Mustapha Merizak, pointing out that the Monarch’s renewed solidarity with Africa and Africans is timely.

After the historic decisions he made at home to protect the Moroccan people, King Mohammed VI, concerned over the worrying developments of the pandemic on the African continent, held phone talks on Monday, April 14, with the Presidents of Côte d’Ivoire and Senegal, Alassane Ouattara and Macky Sall, the sociologist recalled in a column posted on his facebook page.

King Mohammed VI suggested during the phone talks with his interlocutors the launch of an initiative by African heads of state that aims to establish an operational framework to accompany African countries in the various stages of the pandemic management, facilitate joint action, and the sharing of experience and best practices to mitigate the health, economic and social impacts of the pandemic.

For the sociologist, this new royal initiative is a token of the shared cultural and spiritual values binding Morocco and African countries, as well as of their geographical, historical and human links and their common stand in the defense of just causes.

The royal initiative also translates Morocco’s attachment to its continent, its willingness to serve Africa and Africans, and to enhance South-South cooperation to face up the health, economic and social impacts of the pandemic that threatens the future of Africa and the future of the world, the sociologist underlined.

The author of the column went on to say that the strong ties binding Morocco and Africa must prompt all Moroccan stakeholders to engage in the initiative announced by King Mohammed VI and to pool efforts to defend the interests of the continent. He also urged Moroccans to be up to the solidarity and humanitarian approach they manifested on many occasions within the framework of international legitimacy, and the defense of African unity against division and fragmentation.

King Mohammed VI’s initiative is a forward-looking vision of what African societies should follow, and it is an early warning of the danger of this epidemic on Africans’ life, especially in countries with weak health systems that cannot conduct preventive medical campaigns as is the case in some Sahel and Central African countries, said Mustapha Merizak.

The sociologist also deplored that Maghreb countries have failed in these coronavirus times to reopen channels of dialogue, to coordinate actions and to share their experiences in addressing the pandemic.