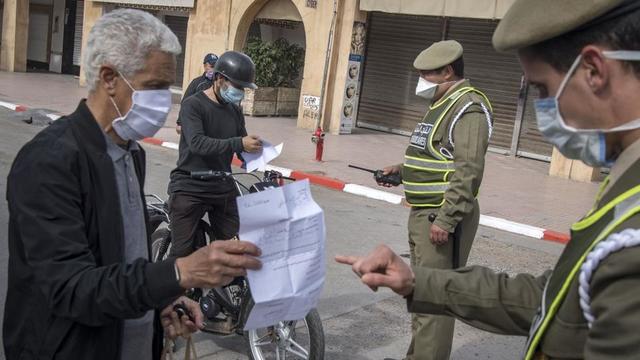 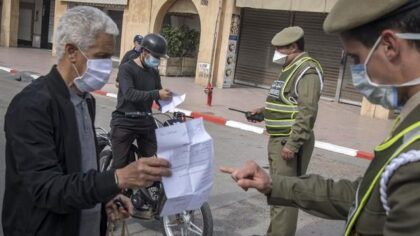 Moroccan police have arrested 26,579 people across the country for flouting the lockdown rules, which were enforced starting March 20 to prevent the spread of the coronavirus.

Among these offenders of the State of health emergency to last till 20 April, 14,143 were brought before the Public Prosecutor’s Office, while the others were released after checking their identities.

The cities of Rachidia, Tangier and Laâyoune recorded less than 500 violations of the lockdown, while Safi and Taza reported respectively 242 and 204 offenders.

The Moroccan police affirm that its agents will continue control operations in all cities and coordinate their actions with the various public authorities to ensure the full respect of the public health emergency to protect the citizens’ health.

Violators of the lockdown in Morocco risk prison terms from one to three months and fines of up to $127. Those who leave their homes without wearing facemasks also risk the same sentence and fines.

In Morocco, the novel coronavirus has so far killed 126 people and infected 1,763, while 203 others have recovered.

Covid-19 is affecting 210 countries and territories around the world. The number of people infected worldwide with this virus reached this Monday 1,898,885, while death toll topped 117,788 mark.