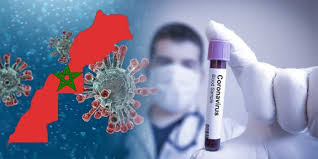 The strict preventive measures taken by Morocco to limit the spread of the COVID-19 virus, including the health emergency decreed on March 20, the nationwide lockdown, and the compulsory wearing of protective facemasks as of April 7, seem paying off as the rate of new cases recorded each day has levelled off to under 100 after a peak of 128 new cases on April 4.

The number of recoveries is also increasing every day, reach-ing this Monday at 10 a.m. 196 recoveries, including that of Morocco’s youngest patient, a 3-Month-old girl who left the Fez Hassan II University Hospital Center on Sunday April 12.

Director of epidemiology at the Moroccan Health Ministry Mohamed El Youbi reassured citizens that Morocco is still in the second phase of its COVID-19 outbreak.

In a TV show aired on 2M on April 12, El Youbi said that the COVID-19 situation does not surprise the country’s health experts and that Morocco has been readying for the situation since the outbreak of the pandemic in China.

The health official explained that Morocco still has the pandemic under control, thanks to its quick preventive measures that softened the severity and danger of the health crisis in the country.

El Youbi emphasized that Morocco is endeavoring to avoid the critical third phase stage, when COVID-19 cases spread quickly with a high daily number of deaths.

El Youbi who explained that it is still early to give forecasts on the efficiency of the state of health emergency, the pandemic’s development in the country does indicate that larger numbers of COVID-19 cases would have been recorded if the government had not imposed the state of emergency and nationwide lockdown.

Through the preventive measures it took three weeks before several other countries, Morocco managed to take control over the pandemic, the health official emphasized.

In the TV show, Mohamed El Youbi also commented on Morocco’s decision to use chloroquine to treat coronavirus patients.

Morocco decided to use the anti-malarial medicine chloroquine in March to treat COVID-19 infections in the country, after tests and consultations with many health experts, he recalled.

He added that health officials are monitoring patients closely to intervene in case patients experience side effects from the medication, such as fever or minor diarrhea.

The Casablanca-Settat region remains the hardest hit, with 17 new cases for a total of 501.

However, Marrakech-Safi recorded the highest number of new cases since Sunday evening, confirming 29 new cases for a total of 343. Fez-Meknes and Tangier-Tetouan-Al Hoceima regions confirmed 15 new cases each, for a total of 230 and 169, respectively.