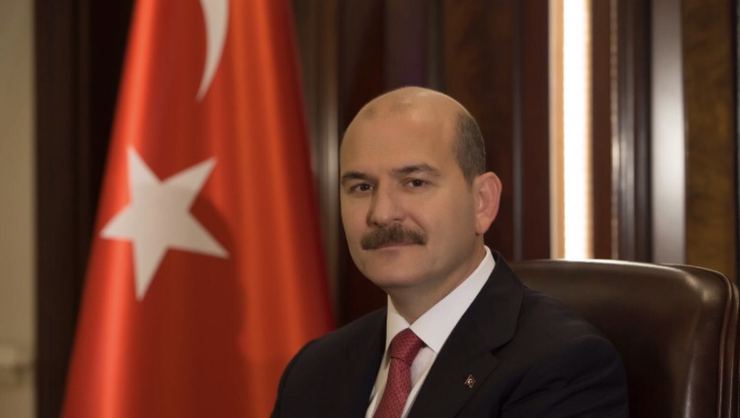 Turkey President Recep Tayyip ErdoGan Sunday refused to accept interior minister Süleyman Soylu’s resignation few hours after the cabinet member announced he was stepping down after thousands of citizens flooded shops and bakeries across Turkey following the announcement of a curfew in over 31 urban provinces, Daily Sabah reports.
The office of the president issued a statement noting that Soylu will continue his duties.
“Süleyman Soylu, who was appointed as the Minister of the Interior immediately after the July 15 coup attempt, has gained the appreciation of our nation with his successful work so far,” the statement the Presidential Communications Directorate said.
President Erdogan also praised his minister for his excellent work in many areas including curbing terrorist attacks across the country and his success last month over the coronavirus outbreak in ensuring that there were no problems with public security and that anti-virus efforts were carried out successfully.
Soylu came under fire after around 250,000 people flooded shops and bakeries across Turkey on Friday after he announced the curfew. The critics who lambasted the timing of the measure said it served to increase the risk of spreading the virus at a time when social distancing and isolation are encouraged.
Turkey grappling with the contagious covid-19, has imposed restrictions on the daily life across the country as part of measures to reduce the spread of the disease which has already killed 1,198 people and contaminated 56,956according to the health ministry.