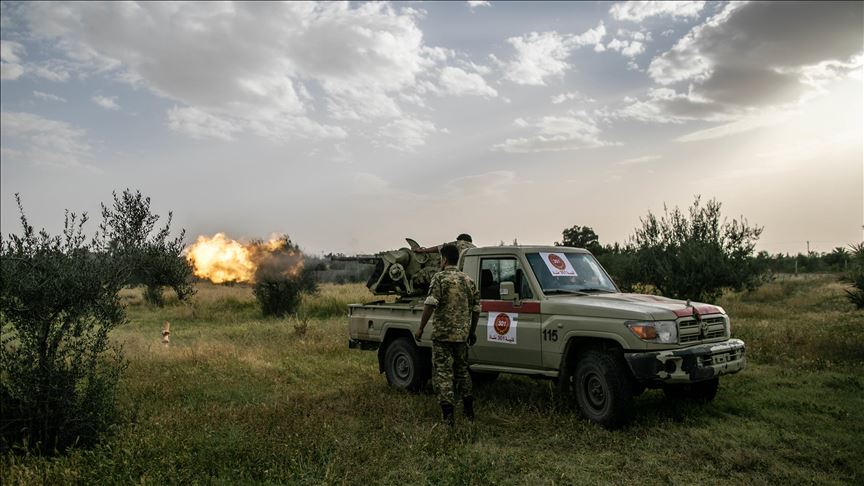 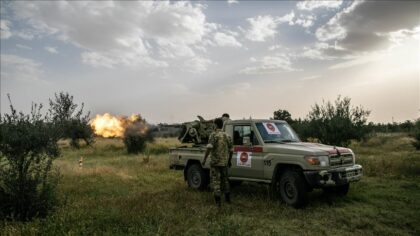 Forces aligned with the UN-backed Government of National Accord (GNA) air stoke Thursday a convoy of militias affiliated with rebel Gen. Khalifar Haftar, in south of capital Tripoli, Anadolu news agency reports.
The shelling took place on the road between the towns of Tarhuna and Bani Walid south of Tripoli and targeted two armored vehicles reportedly belonging to the United Arab Emirates, the agency reports citing the GNA’s Burkan Al-Ghadab Operation (Volcano of Rage).

The latest airstrike adds to a string of blows dealt to Haftar forces in recent days. At least three airstrikes hit shipments of ammunitions and fuel intended to the rebel groups.

Haftar launched in April last year a military operation to overthrow the GNA that he accuses of being controlled by terrorists. The GNA blames the commander of trying to impose a military rule in the country.

The offensive met fierce resistance from the GNA forces which have received support from Qatar and Turkey. Haftar is backed by Egypt, UAE, Saudi Arabia, France and Russia.

North Africa Post's news desk is composed of journalists and editors, who are constantly working to provide new and accurate stories to NAP readers.
NEWER POSTCovid-19: Tindouf Camps populations left by Polisario, Algeria to Fend for Themselves
OLDER POSTMorocco’s economy to contract by 1.8% in the second quarter