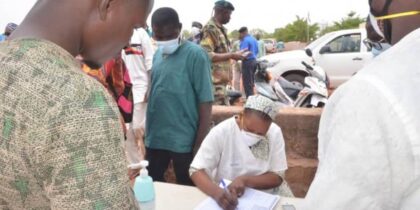 Malian voters went to the polls in sparse order on Sunday to elect their deputies in a high-stakes legislative session.

No official turnout figures were available shortly after the polls stations closed, but findings by AFP correspondents and observers suggest that it will be low.

The elections, postponed several times, should make it possible to renew the 147-seat parliament. The first results are not expected for several days. A second round is scheduled for 19 April.

The campaign, which was not very popular, and the elections took place in a deleterious context: the appearance of the coronavirus and persistent jihadist and inter-community violence, despite the presence of French, Sahelian and UN forces.

Opposition leader Soumaïla Cissé was abducted a few days before the polls while he was campaigning in his electoral stronghold of Niafounké, near Timbuktu (north). There was still no news of him on Sunday evening.

He is believed to be in the hands of jihadists claiming to be Amadou Koufa, leader of one of the branches of the main jihadist alliance in the Sahel, affiliated to al-Qaeda, according to an elected official and a security source.