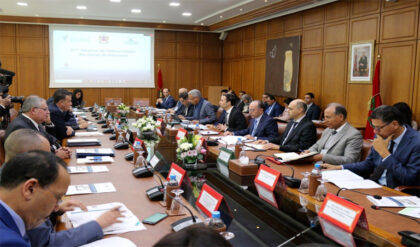 Morocco said it will offer monthly payments to every head of a household who became unemployed due to the coronavirus lockdown which Morocco imposed from March 20 to April 20, the finance ministry said.

The payments will be offered by the special fund, set up at the orders of King Mohammed VI to upgrade health services and equipment and offset the social and economic consequences of coronavirus.

The finance ministry said that a first phase will target beneficiaries of the free health coverage program (RAMED) and that other workers of the informal sector whose revenue was halted due to the restrictive measures to contain the virus will receive compensations afterwards.

The payments will be distributed starting April 6, the ministry said and asked beneficiaries to apply for the compensation by sending their RAMED card numbers to 1212.

The same amounts will be offered to households which work in the informal sector and which do not have the RAMED coverage.

Unemployed workers and employees of the formal sector affiliated with the CNSS pension fund will receive 1000 dirhams in March and 2000 for the next three months.

The economic monitoring committee also adopted measures to give a lifeline to enterprises that were hit by the quarantine measures including easy access to bank loans to pay employees, rend and other bills.

The quarantine will end on April 20 in the North African country, which created the special fund, with an initial budget of $1 billion, to meet the economic and social challenges posed by the pandemic and equip the health infrastructure.

Just after the creation of the fund, donations from Moroccan philanthropists, businesspeople, and public and private institutions poured in, bringing up the fund’s balance to $3 billion.

The number of confirmed cases in Morocco surged to 333 on Friday, including 21 deaths and 11 recoveries.