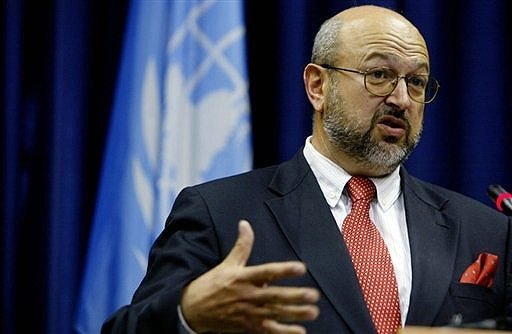 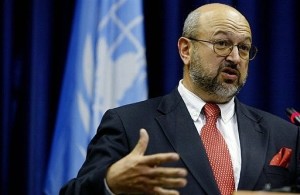 Libya has applied to become a partner of the Organization for Security & Co-operation in Europe (OCSE) in a bid to receive support from this international security body and benefit from its assistance in matters of security, arms & border control, promotion of human rights, freedom of the press and polls’ organization.
The Libyan application to become an OSCE Partner for Co-operation was submitted by foreign minister Mohamed Abdulaziz at a meeting with OSCE’s secretary-general Lamberto Zannier during the latest security conference” held in Vienna.
Mr.Lamberto has welcomed the move made by the North African country to reach out to the international body for help to build a new democratic country after ousting Gaddafi regime.
“The OSCE has a wealth of experience and expertise to share with Libya as it builds a new future”, he said, affirming that the security of OSCE member states “is inextricably linked to that of neighbors”.
If the application is approved, Libya would become the twelfth OSCE partner, joining Mediterranean Partners : Algeria, Egypt, Israel, Jordan, Morocco and Tunisia. The Asian Partners group includes Afghanistan, Australia, Japan, the Republic of Korea and Thailand.
The OSCE member states and partners maintain regular dialogue, share information about common issues, identify areas of common concern and spell out ideas for jointly addressing security challenges.
The OCSE is an intergovernmental organization founded in the Cold War. It strongly believes that Europe’s security can best be assured by assisting states far beyond its borders to achieve peace and stability.
Determined to avoid the mistakes of their predecessors in the wake of World War I, European leaders realized that the best way to ensure lasting peace was to encourage co-operation and reconstruction, rather than punish the defeated.
The OSCE, which gathers 57 member countries from Europe, Central Asia and North America, is the world’s largest regional security organization. It offers a forum for political negotiations and decision-making in the fields of early warning, conflict prevention, crisis management and post-conflict rehabilitation.
The OSCE has been created to serve as a multilateral forum for dialogue and negotiation between East and West. It has a comprehensive approach to security that encompasses politico-military, economic and environmental, and human aspects. It therefore addresses a wide range of security-related concerns, including arms control, confidence- and security-building measures, human rights, democratization, counter-terrorism and economic and environmental activities.
All its 57 member countries enjoy equal status, and decisions are taken by consensus.

North Africa Post's news desk is composed of journalists and editors, who are constantly working to provide new and accurate stories to NAP readers.
NEWER POSTAlgeria: Zeroual being geared for presidency
OLDER POSTHistoric International Treaty for the Blind Sealed in Marrakesh