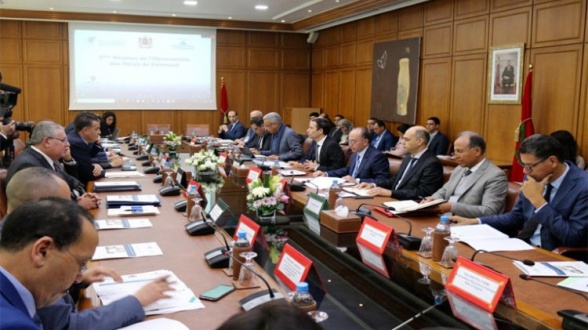 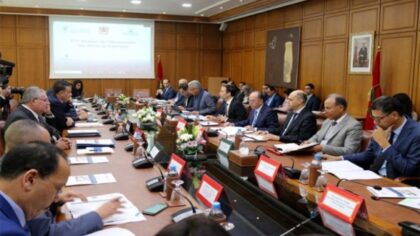 King Mohammed VI called on Sunday for the setting of the $1 billion fund to boost health infrastructure and mitigate the economic and social repercussions of coronavirus. The royal call was met with generous contributions from different categories of the Moroccan economy and individuals.

Moulay Hafid Elalamy, Minister of Industry and Trade and holder of Saham group, made a personal contribution of 200 million dirhams to the solidarity fund.

The government also decided to gear the fine to be paid by Maroc Telecom totaling 3.3 billion dirhams to the fund. Maroc Telecom was sanctioned to pay the fine by the telecoms regulator over unfair competition.

Football players are also mobilizing to help their co-citizens and contribute to the unprecedented measures taken by the Moroccan authorities to fight the coronavirus pandemic.

In this connection, Renaissance of Zemamra team decided to donate their salaries for the month of March to the Special Fund dedicated to the management of the Coronavirus crisis.

Other Moroccan footballers, local and foreign-based players, made individual initiatives in solidarity with families that will lose their source of income after the shutdown of several services and very small enterprises.

Walid Azaro announced he will take care of 4 Moroccan needy families while Wydad players, Salaheddine Saidi and Abdellatif Noussir, will offer part of their salary to the poor. Abderrazak Hamdallah, the striker of the Saudi Al Nassr club announced on his Instagram account that he will support 1,000 Moroccan families during this difficult period the country is going through because of the coronavirus pandemic.

More contributions are expected to be added to the fund in the upcoming day as Morocco intensifies measures against the coronavirus and its economic and social fallout.

Morocco confirmed Tuesday 7 new cases, one in the morning and 6 in the evening. This brings the total number of cases to 44, including two deaths and one recovery. Most cases were imported from Italy, Spain and France.

The country enacted a number of measures to limit the virus spread. It shut its borders and banned all international flights, closed mosques, schools, cafes, sports and entertainment venues as part of precautionary measures. Major music festivals and cultural events were also called off.

Other measures may be taken according to the evolution of the pandemic.
In this vein, King Mohammed who chaired Tuesday over a meeting dedicated to monitoring the evolution of the Covid-19 in Morocco instructed the Head of Government and all departments concerned to take all the required measures, and to prepare for a new stage if necessary.

During the meeting that reviewed the health situation in the country, and the capacity of hospitals and health units in the different regions of the Kingdom, the Monarch instructed the Inspector General of the Royal Armed Forces to put the newly equipped health structures at the disposal of the health department, if need be.

The newly equipped health structures were created, at the Sovereign’s order, in the various regions of the Kingdom to raise the capacities of the national health system to face the coronavirus pandemic.