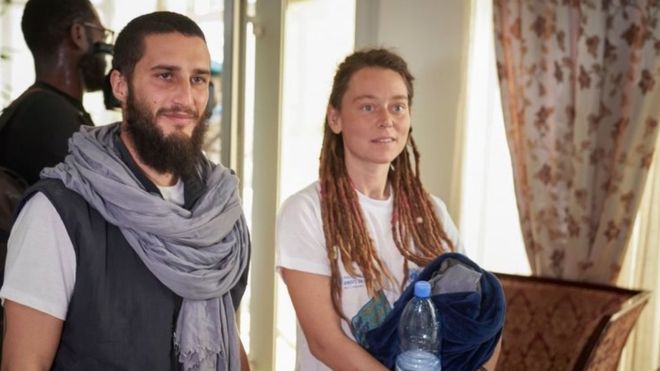 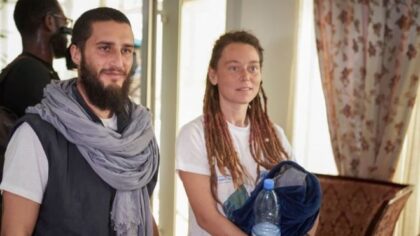 A Canadian woman and an Italian man kidnapped in Burkina Faso in 2018 were picked up by UN forces and transferred over the weekend to Mali’s capital, Bamako.

Canadian Edith Blais and Italian Luca Tacchetto, who went missing while traveling through Burkina Faso, are said to be in good health and high spirits.

The UN mission’s spokesman posted on his tweet account a photo of Blais and Tacchetto, both wearing white UN human rights T-shirts and sweatpants and smiling, with the caption “They are free.” He later posted photos of the pair meeting with Malian President Ibrahim Boubacar Keita.

They appeared bemused when officials greeted them with elbows, before the pair were told of new social etiquette measures to prevent spread the coronavirus.

Al Qaeda and other militant groups have operated in northern Mali for more than a decade and have kidnapped a number of Western hostages, typically holding them until ransoms are paid.

In March 2019, Human Rights Watch had indicated in a report that missing pair had been abducted and taken to Mali.

In a statement, Canadian Foreign Minister François-Philippe Champagne said that “Canada is very relieved” that the pair “are now free from captivity”.

He thanked the governments of Burkina Faso and Mali, as well as the UN mission in Mali and other partners for “their assistance and cooperation over the past year in this matter”.

North Africa Post's news desk is composed of journalists and editors, who are constantly working to provide new and accurate stories to NAP readers.
NEWER POSTMadagascar: 60 million trees to be planted for 60 years of independence
OLDER POSTCoronavirus speeds up digitalization of Moroccan administration