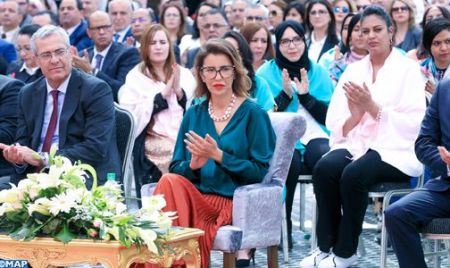 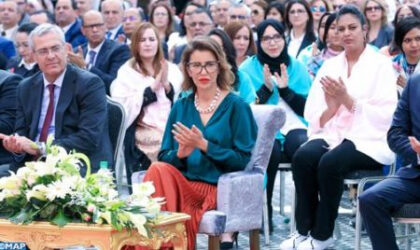 The document was signed during a ceremony celebrating International Women’s Day held in Marrakech under the chairmanship of Princess Lalla Meryem, the oldest sister of King Mohammed VI and honorary president of the Academic “Lalla Meryem for Women and Children” Chair.

The public authorities’ commitment to the 2020 Marrakesh Declaration on women’s rights, which focuses on the issue of violence against women, translates these authorities’ resolve to pool efforts with the UNFM to fight this social plague.

The departments concerned (education & higher education; health; culture; social development, equality & Family; President of the Public Prosecutor’s Office; and President of the High Authority for Audiovisual Communication/HACA) plan to set up a Council to monitor the implementation of the said Declaration.

The Council will adopt concrete actions on a set of mechanisms to provide care for victims of violence, struggle against stereotypes about women in public media, and promote the culture of non-violence through all levels of schooling.
The council will present the outcome of its actions on March 8, 2021.

The ceremony was marked by a presentation on the platform for combating violence against women, dubbed “Kolona Maak”.

The platform, launched by the UNFM in partnership with the Public Prosecutor’s Office and other institutions, provides listening, support, and assistance to women and young girls in vulnerable situations.

A mobile geolocation application, which offers assistance in emergency situations, has made it possible to prevent tragedies linked to various forms of violence against women. The platform also helps abused women lodge complaints against their abusers.

The UNFM also presented during the ceremony the Lalla Meryem Prize for Innovation and Excellence that will reward best initiatives of young girls and women aged 20 to 40 from rural and peri-urban areas from the 12 regions of Morocco.

The selected young women will be trained to improve their skills and will be supported to materialize their projects.