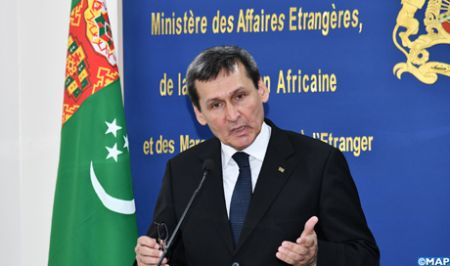 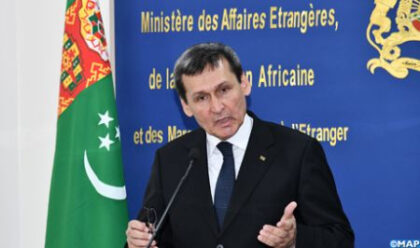 The government of Turkmenistan has expressed its firm support to the autonomy plan offered by Morocco for a lasting settlement of the Sahara conflict, saying this realistic plan, backed by the international community, is the only solution to this regional conflict.

This stand was voiced by the foreign minister of this Central Asian country Rachid Meredov after the talks he held Wednesday in Rabat with Moroccan peer Nasser Bourita.

During the meeting, Rachid Meredov handed his interlocutor a message from president of Turkmenistan, Gourbangouli Berdymoukhamedov, to King Mohammed VI.

The top diplomat of Turkmenistan started on Tuesday a two-day working visit to the Kingdom, the first of its kind since the establishment of diplomatic relations between the two countries in 1992.

The visit highlighted by the signing of a MoU for the establishment of a joint commission and an agreement on the abolition of visas for holders of diplomatic and service passports.

The two foreign departments also agreed on a cooperation roadmap for the period 2020-2021, covering politics and diplomacy, legal matters, trade and economy, as well as culture.