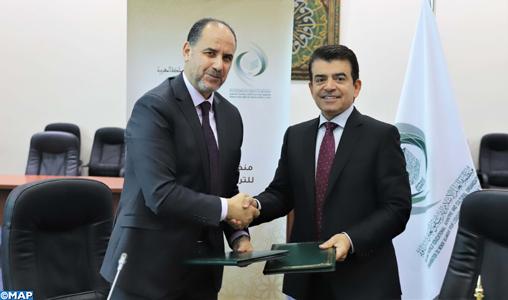 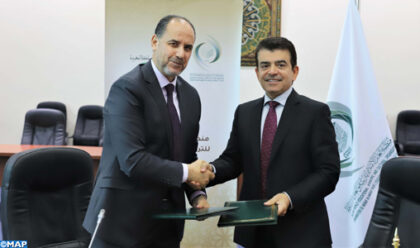 The two sides signed on Monday in Rabat a two-year cooperation program (2020-2022) including training sessions & courses, lectures, publication of booklets on moderate Islam for the youth…

The Rabita is tasked with debunking extremist interpretations of the Quran, by overseeing the training of religious scholars (including female clerics, known as morchidates) and by promoting tolerant Islamic values that are based on the Malikite rite against the threat of extremism.

Morocco has a comprehensive strategy to countering violent extremism (CVE) focusing on economic and human development in addition to countering radicalization and oversight of the religious sphere.

To counter religious extremism at home and abroad, Morocco has extended the Mohammed VI Institute, created in 2015, for the training of Imams to respond to the growing demand from a number of countries from Africa and Europe.

The center serves as a bulwark against religious extremism and jihadist ideology.

The extension project of the Rabat based institution enables it to fully fulfill its role as a vector of religious diplomacy aiming to counter the terrorist threat.

The Imam training center aims to play a leading role in fighting religious radicalism via instilling the values of moderate form of Islam in the next generation of Muslim religious leaders from across the region and the world.