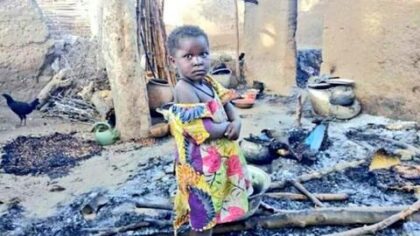 At least twenty two people, including 14 children and women were killed Friday in the village of Ntumbo, populated by the English-speaking minority in northwest Cameroon. The majority of children are under 5.

The opposition and local NGOs have accused the government and the military, who have been fighting Anglophone secessionist armed groups for three years, of being responsible for the killing.

On his Facebook page, lawyer Félix Agbor Mballa, president of the Center for Human Rights and Democracy in Africa (CHRDA), condemned the “horrible murder” of “women and children (… ) by the state defense forces.”

According to Human Rights Watch (HRW), at least 100 individuals were abducted by armed separatists in the English-speaking regions of Cameroon before the legislative and municipal elections of Feb. 9. The NGO accused the soldiers of “new abuses”.

“The state security forces have not adequately protected civilians from threats from the separatists, but rather have committed further abuses against them during the same period,” HRW stated.