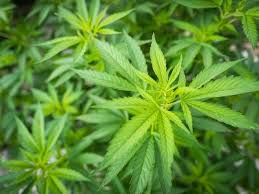 Will Morocco Approve Use of Cannabis for Medical Purposes?

Moroccan health and narcotics control authorities are looking into the recommendations of the World Health Organisation (WHO) on cannabis and related substances as well as on the use of cannabis-based medicines.

In a letter sent in 2019 to the UN chief, WHO Director General had recommended that cannabis and associated substances, including marijuana, be removed from the most restrictive category of a 1961 drug convention signed by countries from around the world.

If the recommendations are approved, it would have far-reaching impacts on worldwide drug enforcement agencies and pave the way for legalization of the use of these substances for medicinal and scientific purposes.

For this reason, Morocco’s national committee on narcotics convened a meeting on Tuesday in Rabat under the chairmanship of Minister of Health Khalid ait Taleb.

Given the importance of draft amendments, particularly those related to the medical and scientific research on cannabis, members of the Morocco’s national committee on narcotics will look into WHO recommendations and assess their impact on Morocco’s drug control policy, added the minister.

He cited in this regard the country’s sustained efforts to combat cannabis dealers, national and international drug networks making record seizures.

Mr. Jallal Toufiq, director of Moroccan Observatory on Drugs and Addictions (OMDA), said the meeting will discuss WHO recommendation of “reclassifying” cannabis and its derived compounds, and prepare the official stand of Morocco on this issue.

Mr. Zerhouni Mohammed Wadie, Head of Pharmacy at the Health ministry, said participants will also look into the therapeutic uses of cannabinoids.

Several countries including, UK, Canada, Netherlands… and 23 of 50 states in America have permitted, under some guidelines, the use of cannabis for medicinal purposes.