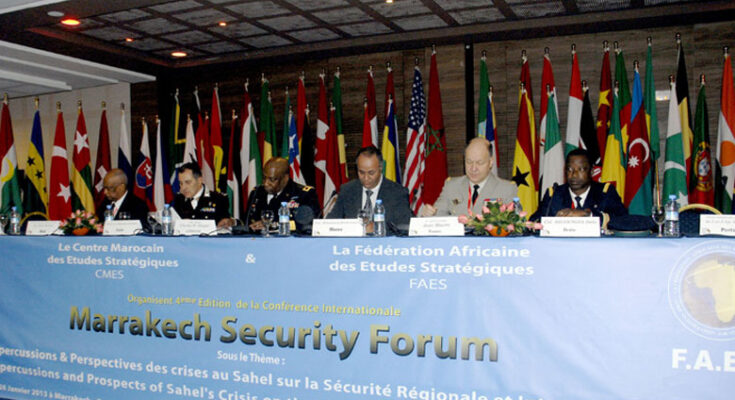 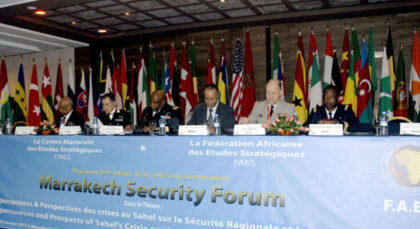 The 11th edition of the international “Marrakech Security Forum” began proceedings Friday to debate Africa’s stability and the challenge of terrorism and global threats, with the participation of more than 150 senior civil, military and security officials, leaders of international organizations, and African, American, European and Asian experts.

Debates during this 2020 forum will focus on several themes including “the African strategic perspective in terms of fragile balances,” “the South, theater of fourth-generation wars,” “Intelligence in the era of globalization and globalized threats,” and “Cyber-war: new threats and new geopolitics.”

The participants will also examine other questions related to “the Moroccan model of defense and security diplomacy”, “the Sahel and the peril of Jihadism”.

In an opening address, president of the Moroccan Center for Strategic Studies (CMES), Mohammed Benhammou, said the 11th edition will highlight Morocco’s experience in the fight against violent extremism and terrorism, a “rich and singular” experience that is internationally recognized for its efficiency.

Africa has entered a new phase marked by so-called “emerging” threats, essentially linked to terrorism, and which require a collective response, added Mohammed Benhammou, who also underlined the growing power of violent extremist movements in recent times in Western countries.

The forum will offer the opportunity to focus on the 4th generation of so-called “hybrid” wars that have invaded in particular the Middle East and North Africa, with interference between local, regional and global players, in addition to the persistence of cyber security threats, particularly in social networks, he said.

The forum is organized by the CMES, in partnership with the African Federation for Strategic Studies (FAES).