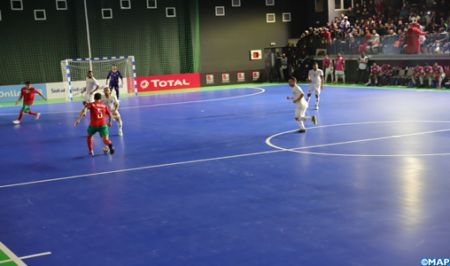 Futsal Africa Cup of Nations Kicks off in Laayoune 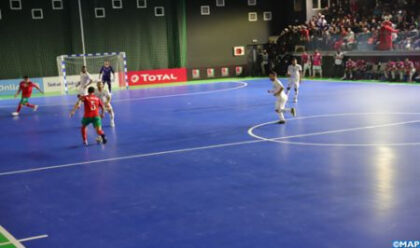 The sixth edition of the CAF Futsal Africa Cup of Nations kicked off Tuesday in the Southern city of Laayoune with an opening ceremony attended by CAF President, Ahmad Ahmad, President of the Moroccan Royal Football Federation, Faouzi Lekja, and several figures from the world of football.

The opening game of this championship opposed Equatorial Guinea to Mauritius and ended with the victory of the Equato-Guineans 4 to 2.

The second match between Morocco and Libya resulted in the victory of the Moroccan team, which scored 3 goals to null.

The four teams are in group A.

The teams in Group B, namely Egypt and Guinea, and Angola and Mozambique will cross swords this Wednesday.

Algeria and South Africa expressed opposition to the venue of the tournament, in the Southern Moroccan city of Laâyoune, but both the CAF and the FIFA, the African and the world football governing bodies, ignored them and greenlighted the event, as scheduled

The tournament will run through February 7, 2020.

Futsal Africa Cup of Nations is a competition gathering best qualifying teams from across the African continent.

The top three teams in the Laayoune venue will represent Africa at the 2020 FIFA Futsal World Cup to be held in Lithuania from Sept.12 to Oct.4.