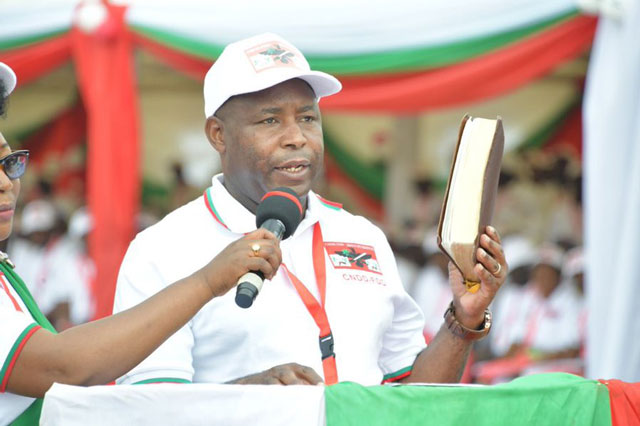 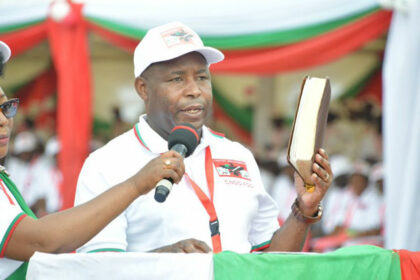 Burundi’s ruling party has named its secretary general, Maj Gen Evariste Ndayishimiye, as its presidential candidate in elections in May, to succeed outgoing Pierre Nkurunziza.

Earlier this month, Pierre Nkurunziza, a Hutu former rebel leader and incumbent president announced that he would not run for another term. The parliament last week voted to pay him $530,000 and provide him with a luxury villa when he leaves office.

Maj Gen Ndayishimiye is seen as moderate, and is generally respected by the opposition and public, despite his long-standing relationship with Nkurunziza.

Maj Gen Ndayishimiye has been the secretary general of the ruling CNDD-FDD party since 2016, making him the favorite to succeed Nkurunziza.

According to local media Maj Gen Ndayishimiye joined what was then the CNDD rebel group, and fought alongside Nkurunziza.

When the CNDD-FDD went into government following the Arusha peace accord in 2003, he had already climbed to the rank of Maj Gen in the rebel group and was transferred to work in the national army’s high command.

He was minister of interior until 2007 when he was appointed as Mr Nkurunziza’s military adviser.

As a reminder, Burundi was plunged into a constitutional crisis in 2015 when Mr. Nkurunziza successfully ran for a third term.

The move sparked violent protests by opposition supporters, which morphed into reprisal attacks.

According to the BBC, Maj Gen Ndayishimiye was not implicated in atrocities committed during the crisis in 2015.