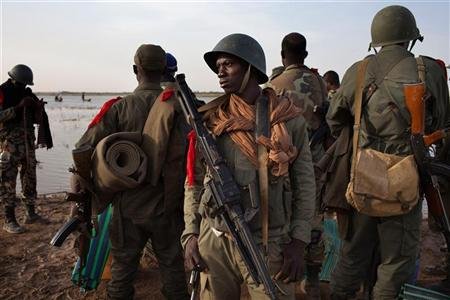 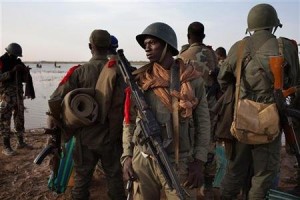 Libya has finally reacted to the accusations made by Niger following the attack on an army base and a uranium mine in Niger by Islamist insurgents.
The attack, which took place last week Thursday, left 24 soldiers and a civilian dead and damaged machinery at an Areva mine. Prime Minister Ali Zeidan who is on a visit to the headquarters of the European Union said the accusations “are groundless and do not relate to reality.” Niger’s President Mahamadou Issoufou said that Libya is a smuggling route for weapons reaching al Qaeda militants deeper in the Sahara since the ousting of Gaddafi. He claims that most of the militants terrorizing the region come from southern Libya, which has become a safe haven for them.
The Libyan national assembly declared the south a military zone in December but policing porous borders remains a huge task for weak state security forces. Zeidan said they have reinforced their border control and have taken “measures not to let anyone go out of Libya or into Libya from Mali.” He admitted that Libya used to propagate terrorism. According to him, “it was Gaddafi who exported terrorism” but “the new Libya will not tolerate that.”
Militants who carried out the raid said it was retaliation for Niger’s participation in the war against the Islamists in Mali. President Issoufou said the attack on the French Areva mine demonstrates that its Libyan neighbors are a source of regional instability.
Maintaining stability in Libya has been a gigantic task for the government after its authority was challenged several times by the armed militias who fought in the war against Gadhafi and are still reluctant to disarm themselves as they continue to patrol the streets of the country.

North Africa Post's news desk is composed of journalists and editors, who are constantly working to provide new and accurate stories to NAP readers.
NEWER POSTEgypt considers return to bond markets
OLDER POSTCan Diplomatic Efforts Save Syria from the Abyss?