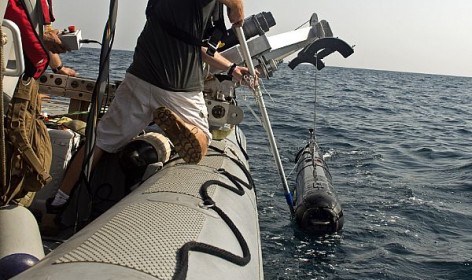 Over 40 Nations Participated in Huge US-Sponsored Drill Near Iran 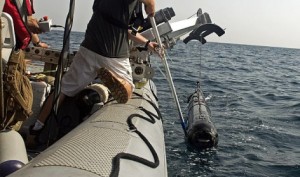 Over 40 nations from the five continents have participated earlier this month in mine-warfare exercises in the Gulf not far from Iranian coasts.
The some 35 ships, 70 aircraft, and 6,500 personnel from 41 countries which participated in the exercises practiced not only mine warfare and minesweeping, but also tested the ability to command and control different multinational forces in a flexible and coordinated way.
The “International Mine Counter-Measures Exercise 2013” (IMCMEX 2013) also enabled participants to practice how to protect civilian oil tankers, oil rigs, ports, and even desalinization plants.
According to US defense analysts, this year’s exercise is by far larger than IMCMEX 2012 held last September. More than 20 nations had then practiced how to address an imaginary eco-terrorist having similar capabilities as Iran’s real arsenal.
Iran’s arsenal includes, according to US sources, an estimated 5,000 naval mines, a multitude of small, fast attack boats, shore-based anti-ship cruise missiles, and surface-to-surface missiles capable of targeting ports or other targets onshore.
IMCMEX organizers underscore however that the war games are part of purely defensive activities that could be applied anywhere in the world, from the Strait of Malacca to the Strait of Gibraltar, insisting that they are not about Iran but are just an exercise on how to combat the generic threat of mines and the generic threat to both shipping and infrastructure.
Just days after the war games were held, the International Atomic Energy Agency (IAEA) released a report to its Board of Governors detailing its findings on Iran’s nuclear program over the last three months.
According to the report, Iran’s program is steadily progressing and Tehran is pushing ahead with the construction of a new nuclear plant at a time some experts explain that Iran’s negotiation strategy is merely meant to buy time and that the country is pursuing the nuclear technology development.