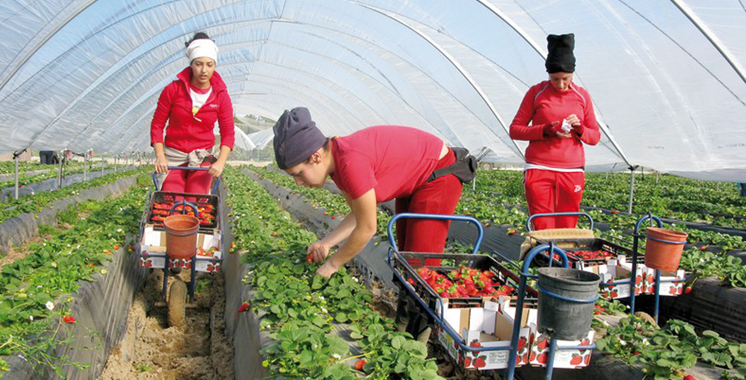 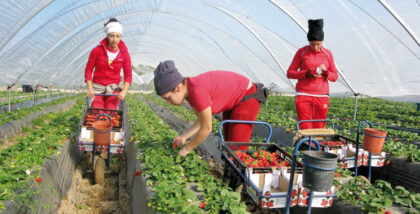 This year 16,500 Moroccan woman prepare to work in the fields of the Huelva region where slavery-like practices persist with workers having to walk several kilometers from the farms where they live to reach a phone booth or to buy foodstuff, wrote the Spanish media.

The article points to aspects of racism suffered by the poor ladies who come to earn their living far away from their homes. “In the urban centers, they often face rejection by the majority of the local population that looks at them with distrust as thieves who stole the little job opportunities available,” Nuevatribuna said.

The article goes on to explain why farmers prefer hiring Moroccan women instead of men citing the sensitivity of women in collecting strawberries properly.

In 2018-2019 season they were 14,583 women who worked in Huelva. This form of regular migration was marred in 2018-2017 with scandals of sexual harassment suffered by many women causing an outcry among human rights activists who demanded better protection.

Some of the workers have filed lawsuits on accusations of sexual harassment and assault, rape, human trafficking and several labor violations.

Andalusia, where the Moroccan women are hired, produces 80 percent of Spain’s strawberries, called red gold in Spain.
Spain is the largest exporter of the fruit in Europe, where they are the basis of a $650 million industry.