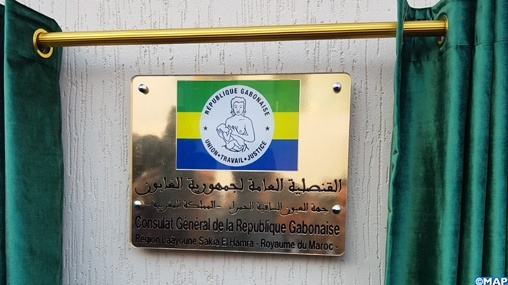 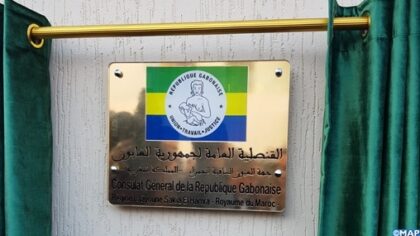 Gabon has opened a Consulate General in Laâyoune this Friday at a ceremony chaired by Gabonese Foreign Minister Alain-Claude Bilie-By-Nze and his Moroccan peer Nasser Bourita.

The Gabonese Consulate General is the third diplomatic representation in Laâyoune after the honorary consulate of Côte d’Ivoire that was inaugurated in June last year and the Consulate General of the Comoros, which started providing its services in December.

Friday was also marked by the inauguration by Guinea of a Consulate General in the Southern city of Dakhla.

The new diplomatic mission was officially opened by Guinean Foreign Minister Mamadi Touré in the presence of his Moroccan peer Nasser Bourita.

The same Moroccan Saharan city is also hosting since last week a Gambian consulate.
All these African countries have decided to set up consular representations in the Moroccan Saharan cities to reaffirm their support to Morocco’s territorial integrity and their backing to the Sahara as an integral part of Morocco.