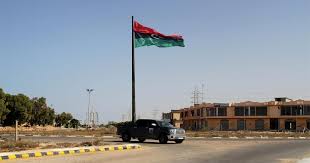 Greece has said it will block any peace deal on Libya proposed by the European Union (UE) as it complained about her exclusion from Berlin conference planned for coming Sunday.

Prime Minister Kyriakos Mitsotakis said that his government will stand in the way of the deal unless it scraps a maritime deal between Turkey and the UN-backed Government of National Accord (GNA) in Tripoli.

“Greece at the level of a summit meeting will never accept any political solution on Libya that does not include, as a precondition, the annulment of this agreement,” Mitsotakis told Greek television on Thursday.

“To put it simply, we will use our veto.”

Germany is set to host 11 countries in capital Berlin Sunday in view of pushing for a peace that will end ongoing rivalries between the GNA and opposed administration backed by retired General Khalifa Haftar. The conference reportedly will request the end of foreign interference in Libyan internal affairs. Several regional countries and world powers have been involved in a proxy conflict in the oil-rich country. Turkey, Qatar and Italy have provided support for the GNA while Haftar has enjoyed backing from Egypt, UAE, Saudi Arabia and Russia.

Besides head of GNA Fayez al-Sarraj and Libyan warlord Khalifa Haftar, the German government announced that Turkey, Russia, China, France, Italy, the US, the UK, United Arab Emirates, Republic of Congo, Algeria, and Egypt were invited to the conference, in addition to the UN, EU, African Union, and the Arab League.

Germany has refused to invite Greece to the conference though Athens insisted. Berlin said the UE country is not directly involved in the Libyan crisis.

Greek authorities condemned and refused to abide by the November maritime agreement that grants Turkey exploration rights in large parts of the Mediterranean extending to Libyan territorial waters.

Following the deal, Athens expelled the GNA envoy and established ties with the Libyan rival government and Haftar.

Libyan rebel General who has accepted to be part of the Berlin meeting arrived in Athens on Thursday. He is expected to hold talks with PM Kyriakos Mitsotakis and Foreign Minister Nikos Dendias who also visited him in Benghazi last month.