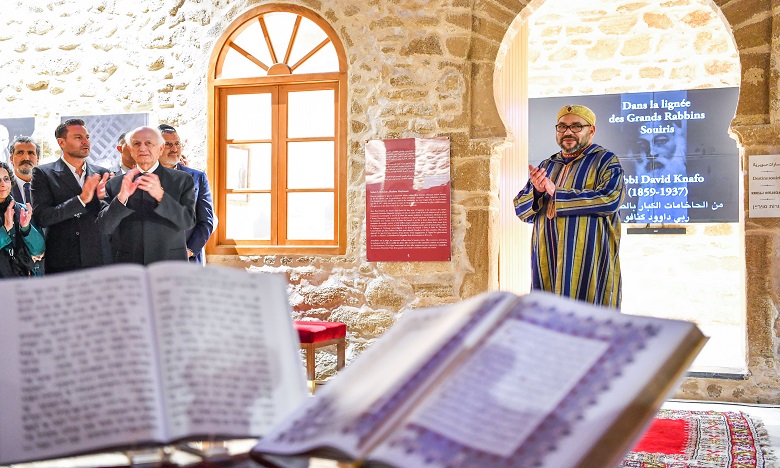 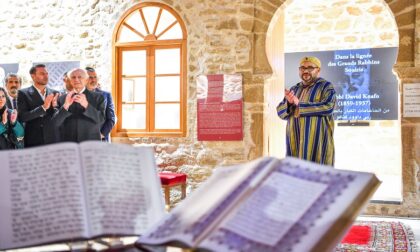 King Mohammed VI on Wednesday visited Essaouira where he oversaw a facelift of the city’s historical center called Medina and celebrated its centuries-old history of Jewish-Muslim coexistence.

The King was briefed during his visit to Essaouira about a facelift program worth 300 million dollars to develop the historical part of the city and boost its attractiveness to tourism.

The Medina is home to 13,000 people mainly earning their living through services, on top of which the growing tourism industry building on the city’s cultural and historical attractions as a land of diversity, handicrafts, gnawa music and a long history of Muslim-Jewish coexistence, unique in the Muslim world.

The restorations are scheduled to be completed in 2023 and cover the renovation of the old medina and the Borj Bab Marrakech, restoring derelict buildings, and rehabilitating the old port.

The program also includes the restoration of Dar Al Araar cooperative and the Portuguese church in addition to the construction of the “Derb Laalouj” health center.

During his stay in Essaouira, the Monarch paid a visit to “Bayt Dakira”, a venue dedicated to showcasing Judeo-Moroccan heritage.

The venue is also home to the “Slat Attia” Synagogue as well as the Haim and Celia Zafrani International Research Center on the history of relations between Judaism and Islam.

The leadership of King Mohammed VI and his steadfast commitment to promoting the values of tolerance, inter-religious dialogue and coexistence at home and abroad stand as a distinctive feature of Morocco in the last two decades.

“As Commander of the Faithful and defender of the faith, I am committed to protecting the rights of Muslims and non-Muslims alike”, the Sovereign had said in a speech, affirming that Moroccan Jews enjoy the same constitutional & political rights as their fellow Muslim citizens, and play a key role in the country’s economy.

The Jewish community in Morocco was never treated by Muslims as a minority, as its members were actively involved in all fields of activity and were present at all levels of society.

North Africa Post's news desk is composed of journalists and editors, who are constantly working to provide new and accurate stories to NAP readers.
NEWER POSTNew Tension between Turkey & Egypt over Detention of Anadolu Staff Members in Cairo
OLDER POSTMorocco Wants a New Trade Deal with Turkey before January 30