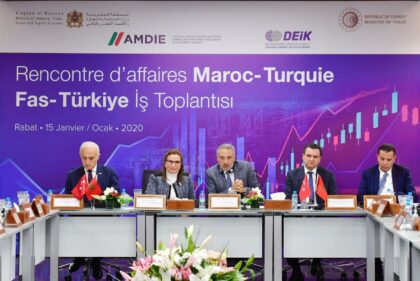 He said Morocco loses 2 billion dollars annually in trade with Turkey, adding that the two parties have agreed to reconsider the agreement in order to make it more balanced and mutually beneficial.

Rebalancing the agreement would necessitate more Turkish investments in Morocco and better access of Moroccan exports to the Turkish market, he said.

A Moroccan-Turkish committee met in Rabat for that purpose but a final agreement on the amendments to the Free Trade Deal are expected by January 30.

Moroccan imports from Turkey have reached 21.5 billion dirhams in 2018, while Moroccan exports to this country did not exceed 5.54 bln dirhams.