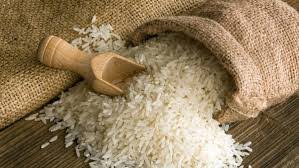 The closure of Benin’s land borders with Nigeria since August has resulted in a drastic drop in the country’s rice imports from Asia.

The information was revealed by the Observatory of International Rice Statistics (Osiriz) in its latest economic outlook released in December.

Nigeria, one of Africa’s superpowers, closed all its land borders to tackle smuggling of Rice and other goods. Nigeria banned the importation of rice from Benin in 2004 and from all its neighbors in 2016, but that has not stopped the trade.

According to the Osiriz’s report, Benin saw its imports of Indian rice drop from a monthly average of 75,000 tons between January and September last year to less than 2,000 tons in the last quarter of 2019.

In addition, the volume of imported Thai rice fell from a monthly average of 100,000 tons to 5,000 tons last November.

The biggest rice contraband route was between Cotonou, Benin’s biggest city, and Nigeria’s commercial hub Lagos, which is just a few hours’ drive away.

According to the World Bank, Benin’s economy is heavily reliant on the informal re-export and transit trade with Nigeria, which accounts for about 20% of its GDP, or national income. And about 80% of imports into Benin are destined for Nigeria, the bank said.

According to the Nigerian maritime site Ships and Ports, in 2014 Benin lowered its tariffs on rice imports from 35% to 7% while Cameroon erased completely the 10% tax.