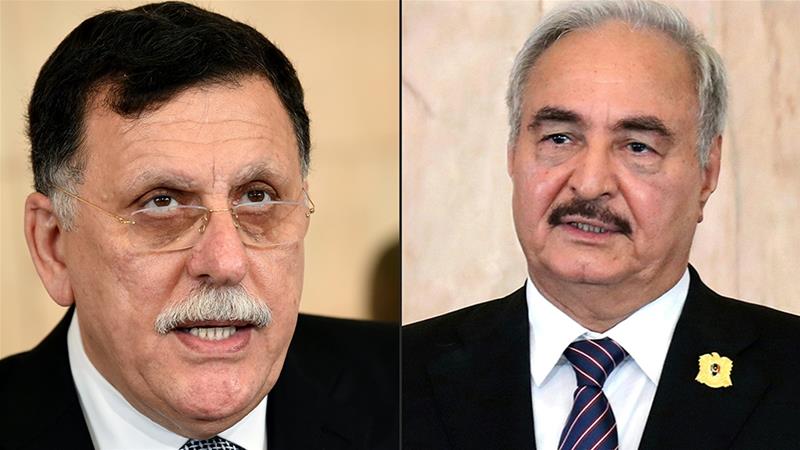 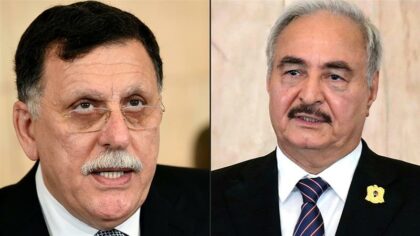 The meeting held Monday in Moscow in a bid to sign a permanent ceasefire agreement between the two Libyan warring parties, the Government of National accord of Fayez Serraj and Libya’s eastern strongman and commander of the Libyan National Army General Khalifa Haftar, ended without yielding any results.

After seven hours of negotiations, Serraj signed up the agreement Monday evening, while Haftar asked for some time to study the document. However, Russian officials said Tuesday that Haftar and his delegation had abruptly left without signing the deal.

According to media reports, Libya’s renegade military commander criticized the content of the agreement that, he said, ignores many of the Libyan army’s demands.

The lack of a timeline for Serraj to disband the Tripoli militia, made up, according to Haftar, of Islamists and terrorists, is among the objections raised by the LNA commander. Haftar also wants the GNA to distance itself from their major supporter, Turkey, which decided lately to deploy troops in Libya.

The failure of the Moscow meeting is seen as a setback for its sponsors, Russia and Turkey, which are supporting opposing sides in the conflict and which had brokered a tentative ceasefire between the two warring parties over the weekend.

Meanwhile, German Chancellor Angela Merkel is preparing to host a summit on Libya in Berlin on January 19.

The aim of the Berlin conference is to secure a collective pledge that external actors will end their interference in the country by refusing to send troops, arm the militia or fly drones that have caused mass casualties in a war zone centered around Tripoli.

The German foreign ministry said leaders and heads of state from 12 countries and four multinational organizations, including the United Nations, had been invited to Berlin on Sunday.

The meeting is going ahead despite a fresh outbreak of heavy gunfire in Tripoli and reports that one of Haftar’s chief backers – the United Arab Emirates – was resupplying Haftar forces.

According to media reports, Haftar was accompanied at the Moscow talks by advisers from the UAE.

Besides the UAE, Haftar forces are also supported by Egypt and Saudi Arabia. The Russian President is also supporting Haftar.