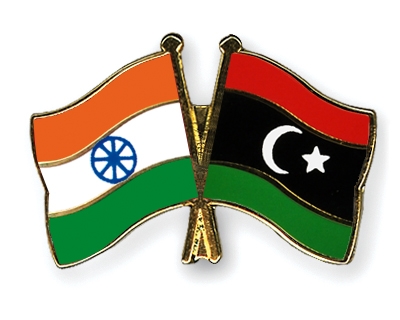 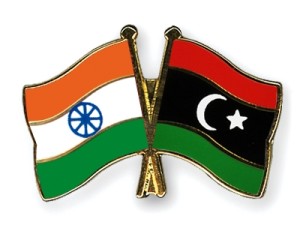 The Libyan ambassador to India, Ali Al-Issawi, said they have solicited India’s support in order to learn from its experience in drafting a constitution and rebuilding an economy.
Ambassador Al-Issawi said they “are building the system from scratch” and they will need help in certain areas like parliamentary system and local administrative setup. Political figures from both parliaments have exchanged visits in the past, after a memorandum of understanding (MoU) for cooperation in the field of election conduct and management was agreed upon last year.
The ambassador urged Indians “to participate in such transitional period” because “a huge scope of investments in sectors like petrochemical, construction, manufacturing and financial services” still lack the necessary exploitation they deserve. Some Indian public and private companies are already present in the Libyan hydrocarbon industry while others were engaged in several projects. Indians also form a large bulk of Libya’s engineering, medical and teaching profession.
Indian companies used to be active in Libya before the uprising forced them to flee for their security. Ambassador Al-Issawi assured that the government will provide the necessary support needed to Indian and other foreign firms to resume their business. According to figures provided by the Indian external affairs ministry, almost 18,000 Indians use to be in Libya but since the war began only close to 2,000 remain in the North African country.
The ambassador however claims that Indians are returning once again. He deplored that the “great potential for cooperation” that the two countries enjoy “has not been utilized” to its due level. He called on businessmen and investors to make use of the opportunity “for the sake of mutual benefit.”