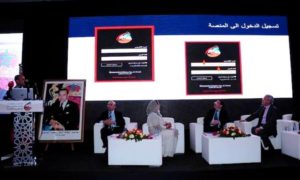 An international independent platform has been set up for the defense and support of the Moroccan Sahara.

Gathering about 3,000 personalities, including academics, journalists and civil society activists representing 155 countries from the five continents, the platform aims to make the voice of the populations of the Moroccan Sahara heard and showcase their vision regarding the development of their region and their future.

The populations in the Moroccan Sahara, who fully participate in the political, economic and social life in their country and region, are often facing hostile campaigns conducted by the Algeria-backed Polisario, which pretends to speak on their behalf though it does not have any legitimacy.

The platform will highlight the progress of the populations of the Moroccan Sahara, which enjoys free and democratic institutions and lives in security, stability and prosperity. The entity will shed light on Morocco as an actor of peace, democracy and development in its African continent and worldwide, focusing on its commitment to put an end to the regional dispute over the Moroccan Sahara.

Several personalities from the four corners of the world had visited the Moroccan Saharan provinces where they were able see on the ground the major strides accomplished and the sustained efforts by Morocco for the development of the Sahara region.

The platform contributors are also planning to release books, studies, videos and audio recordings on the Sahara and its tangible socioeconomic achievements to counter and belie the false polisario propaganda.