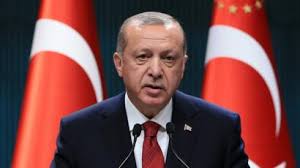 Turkey’s President Tayyip Erdogan announced on Thursday that his country will send troops to Libya at the request of the internationally recognized Government of National Accord (GNA), facing a military offensive launched by Gen. Khalifa Haftar’s forces.

“Since there is an invitation (from Libya) right now, we will accept it” Mr. Erdogan said in a speech from Ankara. “We will present the motion to send troops to Libya as soon as Parliament opens”, he added.

The bill authorizing the Turkish military deployment in Libya is expected to be adopted by the Parliament on January 8-9.

The move comes after the accords signed last month by Ankara with the Tripoli-based GNA, led by Fayez al-Serraj, on security and military cooperation and maritime boundaries in the eastern Mediterranean.

On Wednesday, Erdogan made a surprise visit to Tunisia where he discussed with President Kais Saied latest developments of the Libyan crisis, support to the GNA and ways to bring warring factions back to the negotiating table.

Since the NATO-backed revolution ousted Gaddafi in 2011, Libya remains in turmoil, battered by infighting between heavily armed militias. The political crisis has divided the country where the GNA is challenged by a rival administration in the east, backed by military strongman Khalifa Haftar.