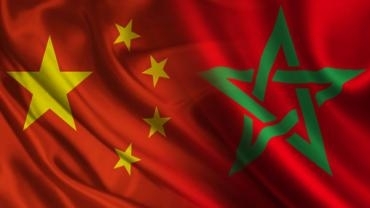 Relations between China and Arab countries have been fostered after the launch of the Belt and Road initiative paving the way for more Chinese investments in the region.

The remark was made by Chinese and Arab diplomats and officials attending the 8th Conference on Arab-Chinese Relations and Dialogue between Arab and Chinese Civilizations for the year 2019 in Rabat.

Speaking at the event, Morocco’s foreign minister Nasser Bourita expressed satisfaction at the cooperation model between China and Arab countries citing the unlocked potential in terms of cultural cooperation.

Bourita recalled the significance of the visit paid by King Mohammed VI to China in 2016 which added fresh impetus to the development of economic and commercial relations between the two countries, the minister noted.

For his part, China’s Special Envoy for Middle East affairs, Zhai Jun, said that the ties between China and Arab countries are a model to follow in strengthening cultural dialogue, which draws its strength from the deep history of bilateral relations.

In this regard, Jun underlined the need to support dialogue between the Arab World and China and to join efforts in several areas, including the fight against terrorism and the strengthening of transfers of expertise in governance and administrative management.

The Chinese official assured that the “Belt and Road” initiative will consolidate and develop bilateral relations.

North Africa Post's news desk is composed of journalists and editors, who are constantly working to provide new and accurate stories to NAP readers.
NEWER POSTAfrican Defense Ministers, Security Officials to Discuss Continental Peace
OLDER POSTMorocco’s economic growth to pick up in 2020 after 2.6% in 2019- Central Bank