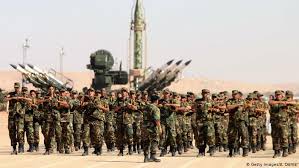 The self-proclaimed Libyan National Army (LNA), based in eastern Libya and opposed to the UN-backed Government of National Accord (GNA), Wednesday vowed to sink any Turkish vessel entering Libyan waters, in reaction to the maritime agreement between GNA and Ankara concluded on Nov. 27.

”I have an order, as soon as the Turkish research vessels arrive, I will have a solution. I will sink them myself,” said Farag Al-Mahdawi, the LNA Chief of Staff.

The Turkish President also indicated that Ankara is ready to send troops to Libya if the GNA makes the request.

The LNA according to Al-Mahdawi will oppose the implementation of the maritime agreement. The LNA is backed by Egypt, the UAE, Russia and to some extent by France.