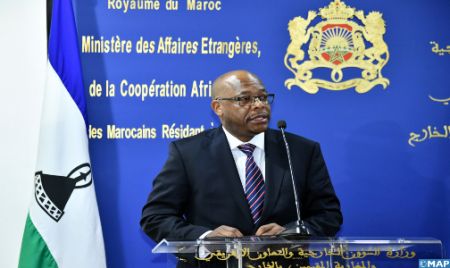 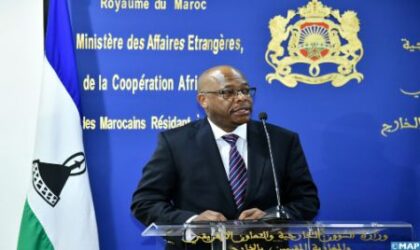 Lesotho put yet another nail in the coffin of the Polisario separatist militia by affirming its neutrality in the Sahara conflict and support for the UN process after it proceeded to an evaluation of its stand.

“This evaluation of promoting a just and peaceful solution of this regional conflict will best be served by a ‘Neutral’ yet strong support of the Kingdom of Lesotho to the ongoing UN-led process under the guidance of the United Nations Secretary General and supervision of the UN Security Council,” said Foreign Minister Lesego Makgothi after talks with Moroccan foreign minister in Rabat Tuesday.

Lesego Makgothi, who is visiting Morocco as Special Envoy of the Prime Minister of Lesotho, added that Lesotho has consequently suspended all its decisions and statements related to the Algerian-backed separatist entity, pending the outcome of the United Nations process.

“The Kingdom of Lesotho expresses its sincere wish that its neutral position on the Sahara issue will give a strong signal to all parties that the kingdom of Lesotho stands alongside the International Community in their efforts to achieve a realistic, practicable and enduring political solution to this regional conflict,” he said.

On the same occasion, Lesotho expressed willingness to boost ties with Morocco in the fields of education, agriculture, water, health, diplomatic training and military cooperation.