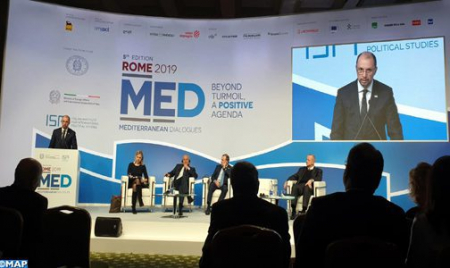 Morocco renews support to GNA as only legitimate party in Libya 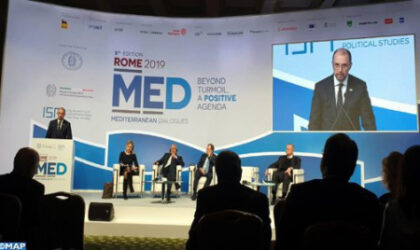 Morocco has renewed its support to the Government of National Accord (GNA), led by Fayez al-Sarraj as the only legitimate party in Libya and condemned any foreign intervention in the country.

The remarks were made by Morocco’s Minister Delegate for African Cooperation Mohcine Jazouli at a ministerial meeting gathering delegations from Algeria, Chad, Egypt, Morocco, Niger, Sudan, and Tunisia. The meeting, devoted to discussing the situation in Libya, took place on Friday, Dec. 6, in Rome, on the sidelines of the Rome MED 2019 conference, held dec. Dec. 5 – 7.

“Rabat follows with a lot of concern the situation of this sister country and its consequences, be it in terms of human casualties or its impact on the stability of the country and the whole region,” said Jazouli during the meeting.

“Morocco has one objective: that of seeing Libyans holding dialogue and succeeding in the process of national reconciliation to restore peace and stability,” added the Moroccan official.

He insisted that since the fall of Muammar al-Gaddafi’s regime in 2011, Morocco has rejected all foreign intervention in Libya that “hinders the signing of an agreement between the different Libyan parties.”

Libya is the scene of a civil war between forces of the UN-recognized GNA and the Libyan National Army, led by Field Marshal Khalifa Haftar. Foreign forces are siding with one side or the other. These include Turkey, Egypt and the UAE.

The fifth edition of the Rome MED 2019 Conference focused debates on four thematic strands, namely prosperity; security; migration and civil society; and culture, with the participation of more than 55 countries and high representatives of several international organizations.

Mediterranean Dialogues is an annual high-level initiative promoted by the Italian Ministry of Foreign Affairs and International Cooperation and the Italian Institute for International Political Studies (ISPI).

The initiative, launched in 2015, is aimed at rethinking traditional approaches to the area, enriching analyses of current challenges with new ideas and suggestions, the goal being drafting a new “positive agenda”, while addressing shared challenges at both the regional and the international level.