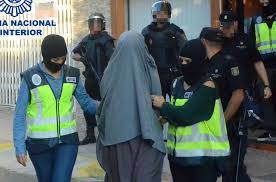 Following the simultaneous dismantling near Nador and in Madrid of a four-member terrorist cell linked to ISIS, Spain hailed the “excellent cooperation” ties between its security services and their Moroccan peers.

This joint operation reflects the excellent cooperation between the Spanish police, the General Intelligence bureau and the Moroccan General Directorate for Territorial Surveillance (DGST), said the Spanish Ministry of the Interior.

“This operation helped to neutralize a serious threat to both countries”, stressed the Spanish Ministry in a statement issued after the arrest of three jihadists in Morocco and their leader in the suburbs of Madrid.

On Wednesday, Morocco’s Central Bureau of Judicial Investigation (BCIJ) announced the dismantling, in coordination with the Spanish police, of a four-member ISIS cell. Aged between 24 and 39, the extremists were planning terror acts in revenge for the death of ISIS leader Abu Bakr al-Baghdadi in a US raid.

Three members of this busted cell were nabbed in Ferkhana and Bni Nsar in the Northeastern province of Nador. One of them is the brother of a jihadist fighter in the Syrian-Iraqi zone.
The cell’s leader was nabbed in Madrid.