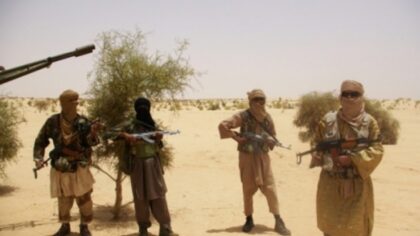 Less than a week after the Spanish Foreign Ministry issued a travel warning recommending not to go to the Polisario-run Tindouf camps, Algiers launched a security alert to the attention of the members of the MINURSO.

In a correspondence to the members of the UN mission in the Sahara, the Algerian government warns about the existence of a plan to kidnap foreigners in the Tindouf camps.

The Algerian government recommends in this connection to the MINURSO to establish a “curfew at 10:00 pm except in cases of emergency.” Any movement after 10:00 pm should be done “under escort,” “comply with established movement procedures and protocols” and “follow established procedures for parking UN vehicles,” the correspondence outlines.

“The recommendations come on the basis of information on the preparation of kidnappings of foreigners from refugee camps and areas east of the sand wall and the existence of a criminal plan targeting foreigners and Spanish interests in the camps,” says the Algerian government in the letter addressed to the MINURSO. It adds that the risk concerns not only “the Spanish interests” but also the staff of the MINURSO, whose head office is in Rabouni, headquarters of the separatist Polisario front.

Algiers has thus explicitly confirmed the Spanish warning issued last Wednesday Nov.27. The Spanish Foreign Ministry recommended Spanish travelers to show “extreme caution” throughout Algeria and to avoid trips to some areas, including the Tindouf camps and Algeria’s borders with Mali, Niger, Libya, Mauritania and Tunisia.

The following day, Spanish Minister of Defense, Margarita Robles, confirmed that the risk of terror attacks against Spanish nationals in the Tindouf camps in Algeria is “imminent”.

“This is a real threat confirmed by the foreign intelligence services operating in the region,” the Spanish minister said in an interview to the private radio station “Cadena Ser”, adding that Spanish citizens in the area have been informed.

With these official warnings about the terrorist threat in Tindouf, the Polisario can no longer deny that the camps have become breeding grounds for terrorist organizations to recruit new members among the disenfranchised Sahrawi youths, a ticking time bomb that may go off at any time.