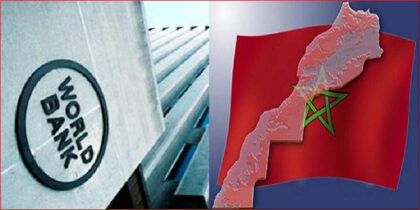 Despite Morocco’s significant progress on the Doing Business index, much remains to be done for Morocco to move from 2.8% growth expected this year to 6 or 7% in order to reduce unemployment, World Bank Vice President for MENA region Ferid Belhaj said.

Belhaj highlighted Morocco’s assets including political stability and sound economic choices and reforms but said that the country needs a growth rate of 6 or 7% to create enough jobs for the thousands of job seekers annually.

In this regards, he commended Morocco’s reform of the subsidies system, adding that governments in the region should find systems to allocate funds directly to the poor social categories instead of maintaining generous subsidies fund.

He stressed the need for a system to identify and target those in need of financial assistance, noting to that end that the unified social register underway in Morocco would be beneficial in identifying those who need support.

The state should stay away from managing business but should keep macroeconomic balances and maintain its role of a market “regulator” ensuring free competition.

Echoing him, Maghreb and Malta director at the World Bank Jesko Hentschell underscored the importance for Morocco to fight disparities between social categories and regions citing the tax system as a powerful tool to achieve that.