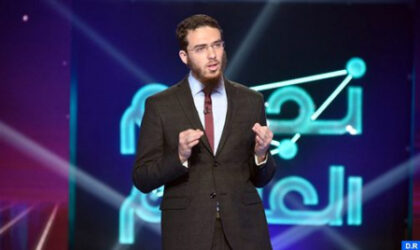 Moroccan Doctor Youssef  Azzouzi was declared the Arab World’s top innovator in the Grand Final of Stars of Science Season 11 held in Doha for his
After months spent building, testing, and developing innovative technology, Youssef  Azzouzi was announced the Arab world’s top innovator for his Flow Modulator Stent, aimed to help congestive heart failure patients around the world by ensuring efficient blood flow.

Through a combination of technical expertise and a keen business acumen, the 27-year-old Moroccan doctor won over the jury and the public. Their scores were calculated by combining the expert jury’s vote and the online public vote.

The young Moroccan Doctor received the highest points, earning a total of 93.8 points and securing the prize of $300,000.

“I am stunned. To be given the opportunity to save lives is a blessing from God. Thank you to every single individual that has believed in me through this journey. I can wholeheartedly say this is just the beginning,” said Youssef at the announcement of the results.

This year’s contestants were encouraged to create sustainable technological solutions that aim to benefit people’s health, make their daily lives easier, and protect the environment.

Ahead of the voting phase, candidates’ inventions were tested to prove the feasibility of their use and determine the design of these products to meet the needs of consumers.

Stars of Science, dedicated to Arab youth worldwide between the ages of 18-35 who feel they can develop technology that will have an impact and improve the lives of their communities, has become the Arab World’s leading innovation show.