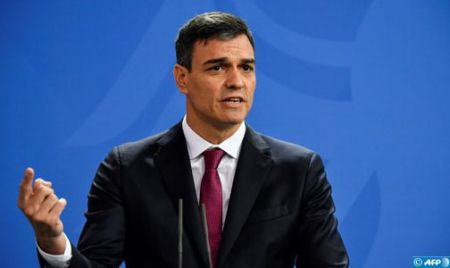 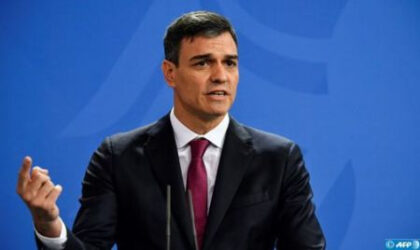 Spanish acting Prime Minister and leader of the Socialist Workers’ Party (PSOE) Pedro Sanchez has praised Morocco’s efforts in combating the illegal migrants’ crossings to Spain, saying the key role played by the North African Kingdom has led to a major drop in the number of arrivals of migrants.

“We have succeeded in reducing by more than 50 pc the number of illegal migrants reaching our coasts thanks to cooperation with our partners, and particularly with Morocco”, said on Monday Mr. Pedro at a TV debate organized ahead of the general elections.

He advocated a “humanitarian approach, dialogue and cooperation with countries of origin and transit such as Morocco” to counter illegal migration flows.

According to the Spanish Interior ministry, only 22,247 migrants made it illegally to the Spanish coast from January 1st to October 30th, against 47,684 migrants recorded during the same period in 2018.

Morocco had thwarted 89,000 illegal migration attempts to Europe in 2018 as the country became the main gate for migrants willing to risk their lives in the Mediterranean Sea to reach Europe.

Eighty percent of the illegal migrants stopped by Morocco were foreigners while 229 trafficking networks were busted last year, says a report released by the Moroccan National Observatory for Migration

During the same year, Morocco rescued 29,715 irregular migrants at sea while 5,608 chose to voluntary return to their home countries.

Morocco has received €30 million from the EU, which said it will transfer this year another €110 million to help the North African country tackle illegal migration.