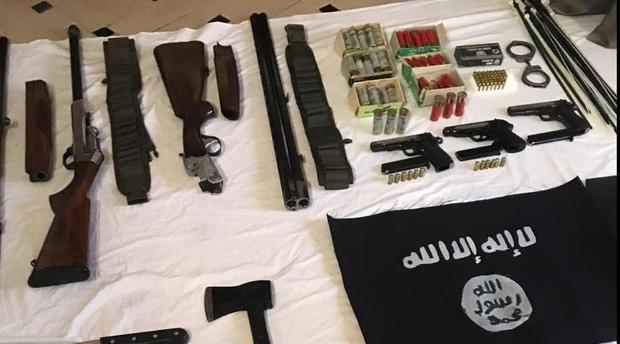 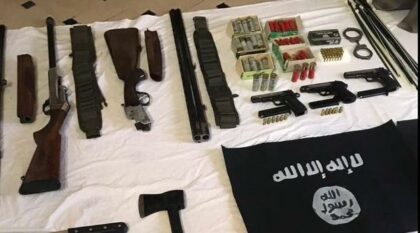 The first operation in coastal Tamaris II led to the arrest of two suspects aged 26 and 27.

The BCIJ seized weapons including knives, ammunition, and materials used to manufacture explosives. The security services also confiscated ISIS flags during the operation.

A second operation took place in an informal township called “douar Bouabid” in Dar Bouazza. During the operation, the BCIJ agents arrested two other individuals. This second operation, led by special forces of the BCIJ (under the control of the DGST), was marked by exchanges of fire with the security forces.

In addition to the arrests near Casablanca, another anti-terrorist operation was conducted that same Friday, October 25 in Chefchaouen, in the north of the kingdom, leading to the arrest of two individuals.

In total, six individuals were arrested in the three operations.

The suspects were plotting attacks in Casablanca and Ouazzane, northern Morocco.

An impressive arsenal of war was seized during the operation in Tamaris II, conducted by the special forces of BCIJ, under the direct supervision of Abdellatif Hammouchi, head of DGNS-DGST, who was present on the spot aboard a mobile unit used as the command post.

Morocco’s BCIJ conducted several similar operations throughout the year as part of Morocco’s pro-active strategy to counter terrorism, described determining and successful by many international partners including the US.

Morocco established the BCIJ in 2015 to monitor security threats across the country. The BCIJ also assists foreign security agencies to combat terrorism.