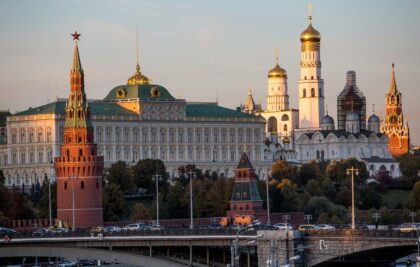 The Russia-Africa Economic Forum will host a panel discussion themed “Contribution of Nuclear Technologies in the Development of Africa,” organizers of the event announced.

Sochi will host the Russia–Africa Economic Forum alongside the Summit on October 23-24.

The Forum will be a strategically important step towards creating favorable conditions for the development of trade and economic relations between Russia and Africa and will also diversify the forms and areas of Russian-African cooperation.

The panel discussion “Contribution of Nuclear Technologies in the Development of Africa” will be one of the key topics within the framework of the forum’s business program.

According to the Director General of Rosatom, Russia’s State Atomic Energy Corporation, Alexey Likhachev, “the creation and development of the nuclear industry on the African continent will not only solve the problem of the energy crisis, but also change the standard of living, providing full access to public health services, increasing the level of education and food security.”

He said Russia sees a great interest on the part of African countries in creating new ties for further technological development.

“Moreover, we are ready to discuss all possible options for cooperation on the continent. I am sure that Russian-African nuclear projects will have a great future”, Alexey Likhachev said.

Note that Russia is attempting to gain influence in Africa by selling and developing nuclear technology that critics say is unsuitable and unlikely to benefit the continent’s poorest people.

Representatives of Rosatom, the Russian state corporation involved with both the military and civil use of nuclear energy, have approached the leaders of dozens of African countries in the past two years.

The company, which is building a $29bn plant for Egypt, has worked within the framework of agreements made by the Russian government with Uganda, Rwanda, Ghana, South Africa and others.