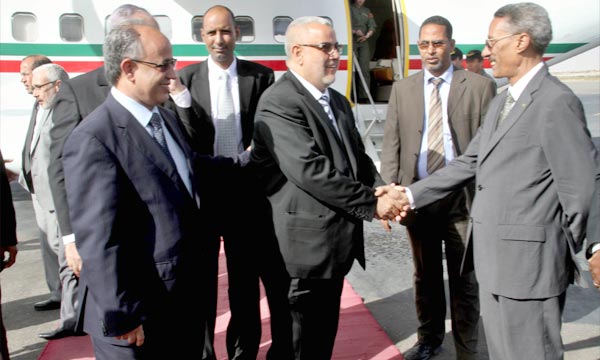 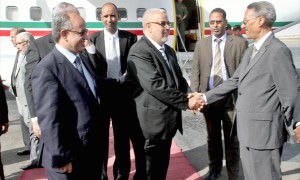 Mauritania and its northern neighbor, Morocco, have inked several cooperation agreements meant to give a new momentum to their partnership in various sectors of common interest.
The two countries, members of Arab Maghreb Union gathering also Algeria, Tunisia and Libya, have agreed to bolster joint actions and projects in the fields of transport, energy & mining, higher education, scientific research, vocational training, employment, sustainable development, culture, youth and promotion of women’s situation.
The agreements were sealed during the seventh session of the High Moroccan-Mauritanian joint commission held in Nouakchott under the chairmanship of Mauritanian prime minister, Mohamed Ould Moulay Laghdaf and his Moroccan peer, Abdelilah Benkirane.
The joint commission’s meeting was an occasion for the two countries officials to discuss latest regional and international developments including the situation in Mali, Syria, Palestine, Iraq, Egypt and Libya.
They also talked about the Arab Spring, the Arab Maghreb Union and the challenges facing this regional bloc still suffering from some endogenous and exogenous obstacles hindering the fulfillment of the dreams and aspirations of the peoples of this region.
The side talks held between Mauritanian and Moroccan ministers also covered joint actions to fight terrorism, Islamist militants, illegal immigration, drugs and weapons trafficking.
Trade between Mauritania and Morocco is steadily growing thanks to a new paved road linking the Mauritanian port of Nouadhibou and the Southern Moroccan city of Dakhla.
For years, transit of commercial vehicles between the two countries was impeded by rough and often dangerous road conditions but after Mauritania repaved the road at the Essentour Crossing few years ago, traders rushed to seize the business opportunities.
Under a trade agreement signed between the two Maghreb countries, Mauritanian goods of local origin are exempt from Moroccan customs duties. The legal framework governing trade exchanges includes more than 80 agreements, in addition to the Moroccan-Mauritanian Businessmen’s Council and the free-trade zone set up between the two sides in 2000.