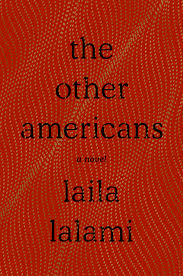 The novel “the other americans” by Moroccan Laila Lalami was named among the finalists vying for the prestigious US National Book Award 2019.

Laila’s novel tells the story of Nora Guerraoui, a young composer born and raised in California by Moroccan immigrant parents Driss and Maryam. When Driss dies in a hit-and-run accident, Nora wants answers, while her mother and her sister Salma have much more passive reactions for different reasons.

Laila Lalami’s novel is part of five shortlisted books out of 397 fiction works.

The National Book Foundation will announce the winner on Nov. 20 during of a ceremony in New York.

Laila Lalami was also selected among the six finalists of the Kirkus Prize worth $50,000. The winner will be announced on October 24.

Laila holds a doctorate in linguistics. She was born in a working-class family in Rabat, Morocco. She got a Bachelor’s degree in English from Mohammed V University in Rabat. She completed an MA in Linguistics at University College London. After graduating, she returned to Morocco and worked briefly as a journalist and commentator.

In 1992 she moved to Los Angeles to attend the University of Southern California, from which she graduated with a PhD in Linguistics. Her literary criticism and cultural commentaries appeared in several US newspapers such The Boston Globe, Boston Review, The Los Angeles Times, The Nation, The New York Times, The Washington Post…

In 2005, she published her first book “Hope & Other Dangerous Pursuits”. Four years later, she released “Secret Son” before launching in 2014 “The Moor’s Account” which won the American Book Award, the Hurston-Wright Legacy Award and was a finalist for the Pulitzer Prize.