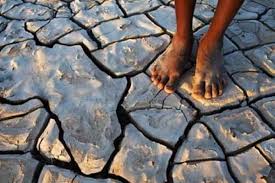 The 4th Africa Security Forum will be organized in Morocco’s capital city Rabat Dec.1-3 under the theme of “the impact of climate change on the security in the African continent”.

The event will be attended by delegates from 66 countries, including more than 400 experts, government officials, representatives of civil society and high-tech companies offering green solutions to counter climate change and mitigate its impacts on food security in Africa.

As the African population is expected to reach two billion by 2050, the continent will face declining agricultural yields, short growing seasons and significant changes in rainfall patterns that will make access to water difficult.

Agriculture and fisheries are highly dependent on the climate. However, increases in temperature and carbon dioxide (CO2) affect crop yields. Changes in the frequency and severity of droughts and floods could pose challenges for farmers and threaten food safety in Africa and elsewhere.

Warmer water temperatures affect many fish and shellfish species, which could disrupt the ecosystems. Climate change could make it more difficult to grow crops, raise animals, and catch fish endangering food security and stability in some countries.