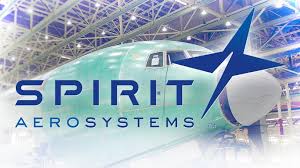 American company Spirit Aero systems is reportedly the major bidder for the acquisition of the two bombardier plants in Morocco and Northern Ireland, said on Friday Reuters, citing sources familiar with the matter.

However, no deal has so far been sealed and the negotiations are still underway. Both the Canadian aerospace firm and Spirit declined to comment.

According to press reports, the list of bidders includes Airbus SE (AIR.PA), Spain’s Aernnova and GKN Aerospace. Spirit is Boeing’s largest supplier, but has plans to grow its business with Airbus.

In May, Bombardier announced its decision is to sell its aerostructures businesses in Morocco and Belfast within the frame of the company’s new strategy aimed at consolidating all its aerospace assets into a single and integrated business.

In 2013, the Montreal-based company began operating out of a transitional facility located at the Mohammed V International Airport in Nouaceur in the Greater Casablanca region, where the company was producing structures including flight controls for the CRJ Series aircraft.

Morocco’s aerospace sector is growing rapidly and intends to create 23,000 jobs by 2020. This industry employs over 15,500 people in the North African Kingdom, which seeks to push up exports to $1.6 billion per year and increase the percentage of locally-produced or assembled components.

About 130 international companies are operating in Morocco, which ranks 15th worldwide in terms of attracting aviation industry investments.