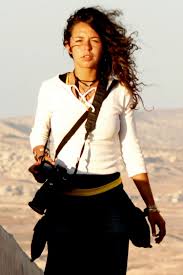 An umpteenth international prize is to be added to the list of awards grabbed by Moroccan Leïla Ghandi, a globe trotter, TV host reporter, photographer, documentary film director, published author and content producer.

The young woman who has made of adventure her job won on Wednesday in Athens the ‘Who is Who’ International Women Leaders Award.

The award was handed to Leïla Ghandi Greek minister of Shipping and Island Policy, Ioannis Plakiotakis.

In addition to Leïla Ghandi, thirteen other leader women won the prize, awarded by the international organization and publication “Who is Who”.

According to organizers, Leïla Ghandi is a key personality in the media both in Morocco and abroad and has become a source of inspiration and a role model for women.

Nicknamed “Bent Battouta” for having traveled around the world and having an audience of nearly a million people on her digital platform, Leïla Ghandi is committed to women empowerment, the protection of the environment, and the promotion of dialogue between cultures.

She produces TV and digital videos, filmed internationally with guests that include Heads of State. For many years she has directed and hosted the well know 52 minutes TV show named “A journey with Leila Ghandi” broadcast prime time on the Moroccan public channel 2M and which received international recognition including the Anna Lindh Euro Mediterranean Journalist Award.

She is the author of “Chronicles from China”, a book that has been awarded with the USAID literature prize and her work as a photographer is exhibited worldwide.

She is an international Master of Ceremony, public speaker and moderator at high level conferences and global events including for United Nations agencies and the European Parliament.

A graduate from Sciences Po Paris, she was granted a full scholarship to undertake the “Women and power” executive program at Harvard.

Leila has won several awards internationally and was named Chevalier des Arts et des Lettres by the French Government, Opinion Leader by the UN Agency Search For Common Ground, and Emerging European Leaders by the Aspen Institute. She has been chosen to represent North Africa at the exhibition Summit of the African Union in Addis Ababa, was ranked among the 50 people with the most influence in Morocco, and selected to be among 50 high level women of the Mediterranean region to take part to the Women Forum in Rome.

Adventurer, she is said to be the first Moroccan woman to have traveled the world solo and inspired others to do so. She has climbed the Kilimandjaro and reached twice the Everest base camp. She is an inspirational speaker and encourages the youth to overcome obstacles and reach their goals.

North Africa Post's news desk is composed of journalists and editors, who are constantly working to provide new and accurate stories to NAP readers.
NEWER POSTUS lauds Morocco’s preservation of religious heritage sites
OLDER POSTTunisia to issue up to €800 Million of bonds