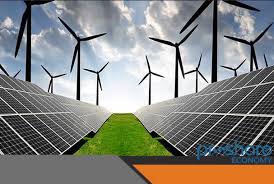 Climate change: Nigeria gets €150 million from the EU

The European Union has allocated Nigeria €150 million to help the West African nation meet the challenges of climate change.

According to Ketil Karlsen, the head of the EU delegation in Nigeria, the funding will be mainly used to develop renewable energy projects.

The EU official also announced that another €8 million will be earmarked for technical assistance on non-climate projects in the country.

“I would like to urge the federal government to take the issue of climate change seriously to show the way forward to address it. The big players should also take this opportunity to support each other so that everyone plays their role and takes responsibility,” Ketil Karlsen said.

In Nigeria, 60% of the population still does not have access to electricity and the power grid currently generates only 7,000 MW at most, of which 2,000 MW are lost due to lack of transmission and distribution infrastructure.

A recent study found that people and businesses rely heavily on generators (about 60 million operating in the country), which allow them to generate more than 43 GW of electricity.

While addressing the United Nations climate action summit last month, President Buhari revealed how his administration planned to reverse the negative effects of climate change in the country.

He said Nigeria is presently diversifying its energy sources from dependence on gas-powered systems to hydro, solar, wind, biomass and nuclear sources.

Specifically, Nigeria is progressively working to realize 30 percent energy efficiency and renewable energy mix by 2030. This would reduce 179 million tons of carbon dioxide per annum by 2030.

North Africa Post's news desk is composed of journalists and editors, who are constantly working to provide new and accurate stories to NAP readers.
NEWER POSTCôte d’Ivoire: Tourism contributes up to 6.25% to GDP
OLDER POSTMorocco: PPS withdraws from governmental coalition