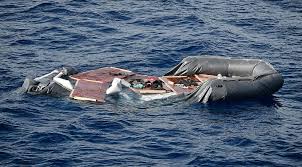 Death toll rises to 12 after migrant boat sinks near Casablanca

The sea continues to reject the bodies of victims of a tragedy that occurred last Saturday, when a dinghy, carrying more than fifty candidates for illegal emigration, capsized off Mohammedia’s coast, near Casablanca, local authorities said.

Seven migrants who were onboard the same boat were found on Saturday, authorities said adding that an investigation has been open into the case.

With the sea route from Libya to Italy increasingly being blocked by the Libyan coast guard as part of a deal with the European Union, Morocco has become a major departure point for African migrants trying to reach Europe.

Moroccan authorities said they foiled 57,000 migration attempts to Spain by September highlighting pressure faced by the North African country both as a transit and destination country.

Both Morocco and Spain agreed early in September to step up cooperation too curb illegal migration trafficking network.

The IOM said that arrivals in Spain, mostly from Morocco, dropped by more than 50% in the year to late September this year standing at a little over 16,000 migrants.