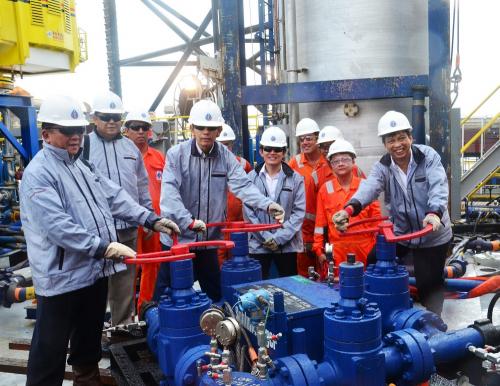 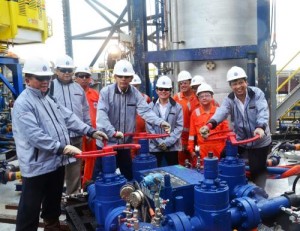 The first phase of the drilling campaign of Hassi Bir Rekaiz perimeter, carried out by the National hydrocarbon company Sonatrach in partnership with Thai company PTTEP and Chinese CNOOC, resulted in oil discovery in three wells, in a statement released by Sonatrach.
Nine wells were drilled by the three companies at the Hassi Bir Rekaiz project, as part of the first phase. The released statement by the state-owned firm applauded the partners for their loyalty in honoring their obligations during the research process covering the nine drilled wells. The first phase of the project took almost two years to be completed, the drilling taking place in late 2011.
Sonatrach said it had seen seven “very satisfactory” discoveries of oil and associated gas among the nine probes, with another well yielding positive logs and due to be tested. The test results on the last three wells showed that the flow rate is 17.64 cubic meter per hour at Sahane Bagas (SAB), 3.2 cubic meter per hour at Rhourde Abadje (RDA), and 3.16 cubic meter per hour at Rhourd Rhorfat (RHF).
Due to the successful experience shared between the three companies, Sonatrach said that they have agreed to “to undertake further work on the discoveries with a view to developing them”. The Hassi Bir Rekaiz project was awarded by the Algerian government in a license round in December 2008.
As usual, the state owned firm controls 51% of stakes in the project. The remaining stakes are equally divided between PTTEP and CNOOC. According to Algerian law, a foreign company can’t get more than 49% of the stakes.