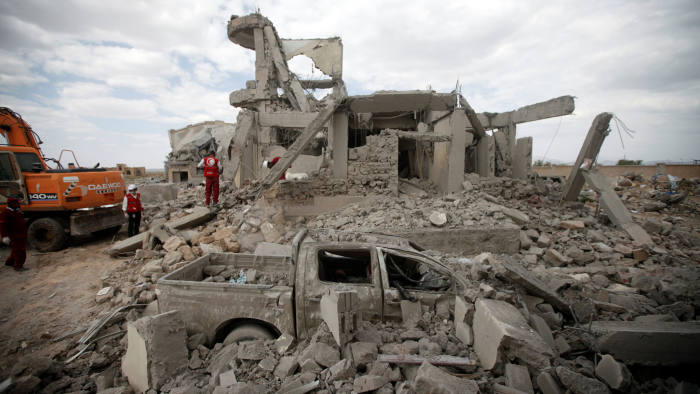 KSA, UAE should have listened to Morocco on Yemen 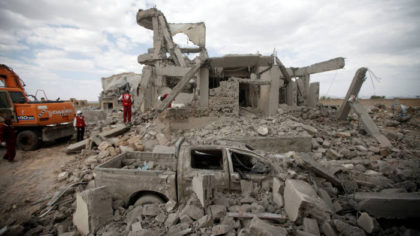 The fallout of the war in Yemen and the humanitarian crisis the war-torn country is facing vindicate the Moroccan position to backdown from supporting militarily the Saudi-led military intervention in favor of seeking political solutions.

When Morocco expressed its voice against the continuation of strikes on the conflict-stricken country while advocating an approach that focuses on helping the Yemeni people redress from the yoke of famine and cholera, the North African kingdom was criticized by some Gulf media outlets, including Saudi-funded Al Arabia, which went as far as expressing support for the Polisario separatists in a documentary.

The Moroccan diplomacy responded by stressing the strategic character that binds Morocco to the Gulf countries without refraining from addressing much needed criticism to the coalitions’ actions in Yemen calling for ending the humanitarian crisis first instead of pounding Yemeni people.

The independence of Morocco’s diplomacy and its rejection of the embargo on Qatar was also an issue that casted a shadow over relations with Riyadh and Abu Dhabi.

A look at the current situation with hindsight vindicates Morocco’s position. Riyadh and Abu Dhabi are now counting the costs of their military intervention in Yemen which lacked an exit strategy and turned to a protracted conflict that gave Iran a gateway to entrench its presence in Yemen and elsewhere.

Saudi and UAE hostility towards Qatar has also pushed Doha into the arms of Turkey and closer to Iran, further weakening the Gulf edifice.

Since Mohammad Bin Salman (MBS) rose to power in Saudi Arabia, Riyadh has created more enemies than friends and has even undermined longstanding relations with former allies. Gruesome incidents such as the killing of Saudi journalist and critic Jamal Khashoggi dealt a blow to the reputation of the would-be Saudi king further embarrassing the Saudi regime in international fora. MBS reckless foreign policy led to Yemen war, severing ties with Qatar and Canada to mention but a few.

In Libya, the UAE’s involvement in destroying prospects for a political solution is no secret. The Gulf country threw its weight along with Egypt in supporting renegade general Khalifa Haftar whose campaign to take Tripoli has hit a dead end. But what the UAE succeeded to do is undermining the Skhirate agreement putting Libya on a vicious circle of violence.

The UAE bet on Haftar, assuming that he would make a blitzkrieg into Tripoli ending any prospect for a democratic rule in the oil-rich North African country. But the bitter reality for the Emiratis is that their ally is trapped in a protracted conflict in which he is losing in the face of a we’ll defended Tripoli where the international recognized Libyan government of national accord is based.

Myopic to its past military interventions, the UAE is meddling in the Sahel where it intends to set up a military base in Niger, a move that analysts explain as Niamey’s support for Haftar.

Military interventions led by Saudis and Emiratis have all come at a very high cost. Hundreds of Emiratis and Saudis have been killed in Yemen and thousands more civilians not to speak of the destruction of the country’s cultural heritage and infrastructure.

Such attacks, which Saudis blame on Iran, are reflective of Riyadh’s frail military and its vulnerability to an all-out-war. A country that spent billion of dollars in buying advanced military capabilities and air defense systems has been exposed as it fails to protect vital installations for its economy.

The failure to keep Yemen together threatens the Saudi-UAE alliance itself. Abu Dhabi’s support for a separate state in the South has been met with opposition by Riyadh. Analysts believe Riyadh’s main goal in the conflict is to ensure that Houthi rebels are not a threat operating from across Saudi Arabia’s southern border. Abu Dhabi, on the other hand, is believed to be more concerned with creating an independent state in the south of Yemen, offering training and support to the secessionists.

Meanwhile, the Yemen conflict has killed tens of thousands of people, most of them civilians, since 2015 and driven millions more to the brink of famine in what the United Nations calls the world’s worst humanitarian crisis.

Attacks on oil installations in the Gulf, especially the recent large-scale destruction of Abqaiq in Saudi Arabia, is an omen that the war on Yemen risks to spillover to other parts of the Gulf. The UAE, aware of its handicaps in terms of manpower and dependence on foreign armies, is abandoning its military first strategy in Yemen as the Iranian challenge in the Gulf puts more pressure on it to protect its home front.

Saudi Arabia is threatening to retaliate but tries hard to push a reluctant US to strike on its behalf. If Saudis go alone using their advanced air forces, a pandora’s box may be opened in the Gulf as Iranian foreign minister said such an attack would lead to an “all-out-war.”